Something magical happneed… I got a call saying my tank was done!  After planning this upgrade for close to six months i was extatic to see my project coming to life.

A few buddies showed up to help with the move (thanks guys!).  It showed in a big wodden crate with the stand bolted to the top.. The tank it self was sealted tight like a mummy in a vault.. There must have been 600 nails on that crate…. Opening it was another challenage.  The first half to process involved hammers and pry bars trying to seperate the wood…. after slow progress i busted out the reciprocating saw and begun cutting the support posts… eventually we were in!

The tank was faily heavy but manageable.  I pre cut carpet to put under the stand which made it moveable (prior to filling).. this was great as it allowed me to tweak its position,  slide it out to put black vinyl on the back and make sure it was perfectly level

The tank it self is 3 sides starfire… it will eventually turn into a peninsula uptop the stairs but for the next year or two it will be down here against the wall.

With the tank in its temporary home I picked up some 3/4 plywood to build a sump stand and build my sump space.

A few updates photos of my planted innovative Marie fusion 16 crystal shrimp tank. The tank used is actually a marine tank. I used stainless mesh on the overflows to help keep the shrimp out. The beauty of a marine tank is you can hide your filers and heaters in the rear sump and keep the display clutter free 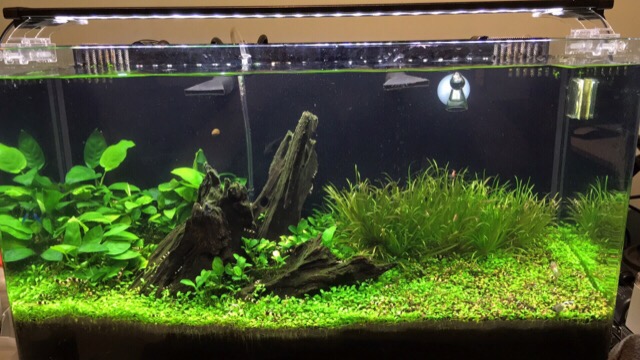 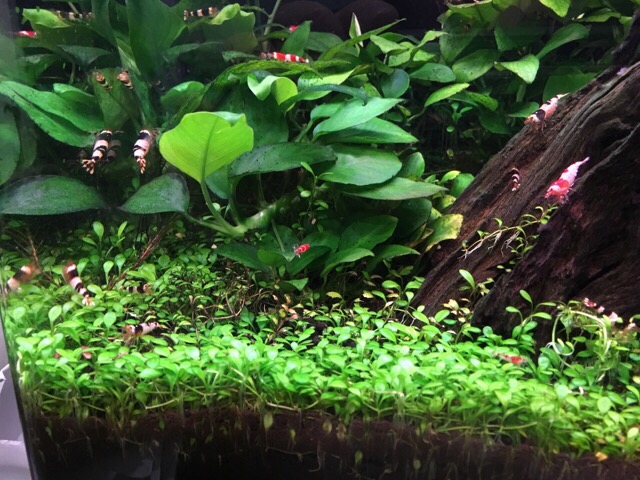 I decided to make a database of all my corals so I could keep track of them.i have tons and forget the names of half of them so I’ll fill in the list with names and photos as I figure them out