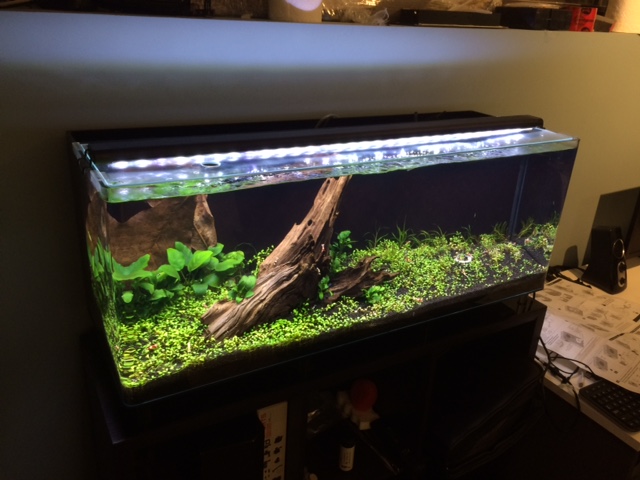 After realizing i was severly suferring from multiple tank syndrome i decided it was time to consolidate a few of my tanks.. but if i was going to cut down on tank s the new one had to be pretty awesome. I love the look of Mr Aqua 12G long tanks however it wasnt quite enough capacity to combine a few shrimp tanks..

Let me introduce the innovative marine nuvo 24. This stylish little tank is is made of 6mm bent glass and has a built in sump… this is generally a salt water thing but seemed perfect to hide all of the equipment and keep that clean look. One of the best part are the dimensions. The tank is 36x12x13. The sump area is about 3″ deep leaving 10″ ish deep for the display area. 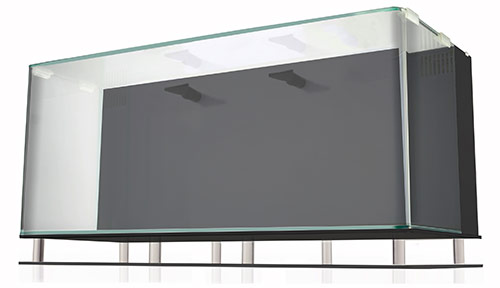 The stock pump is 460 ish GPH which has tons of flow for a small thank however i feel its a bit overkill for my shrimp (and a little loud) so i just ordered a Sicce Syncra Silent 1.0 Pump – 251 GPH. 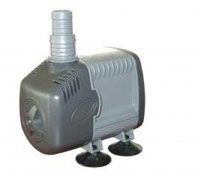 For lighting I decided to try out the new ecoxotic e-series, this awesome little light has tons of par and a wireless remote that lets you 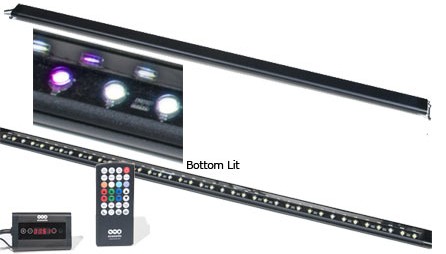 fine tune each color to achieve the perfect blend. the light also had a built in timmer and a few pre-programmed modes to simulate clouds and thunder storms. (these modes cant be used with the built in timer.. but i plan on fixing that later with an arduino based controller) The light it selv is very small and sleek

The wood for the scape was stolen out of my other nano tanks. After about 20 different spaces i finally designed on a layout using 3 chunks of driftwood into one feature. 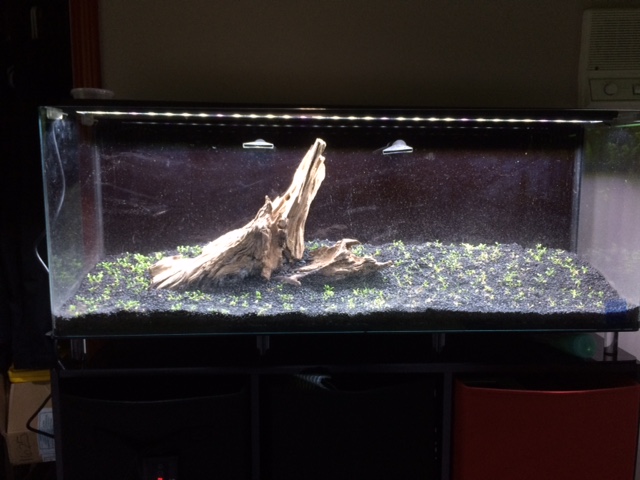 (offsetted for astecticinterest.. always rember to use the rule of thirds!) it was time to start my dry start (DSM)

For my new tank i decided to go with Glosso due to is ease of maintenance.. but omg was it a slow proccess. I had a lush carpet of HC in a little over a month. my glosso dry start had two months to grow before i start to fully fill and even when flooded 2 months later it still had lots of work todo. 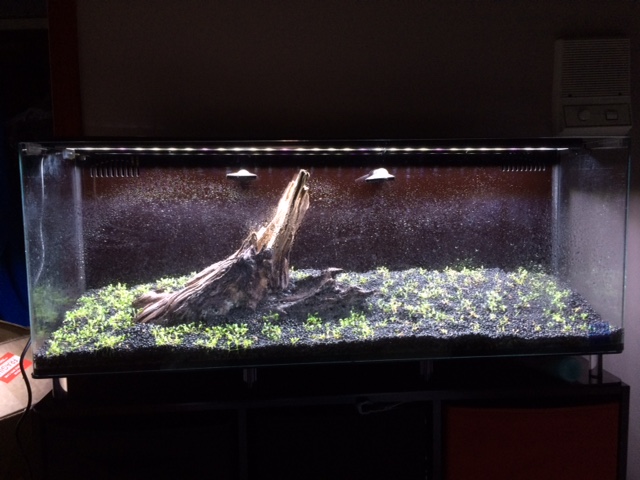 Now with a pretty cool design ready i needed to find a stand. The cube stand I had was 36″ wide and fit the tank perfectly.. however it was pretty flimsy and I didnt trust it with 150lbs of water ontop of it.  Time to re-enforce it! 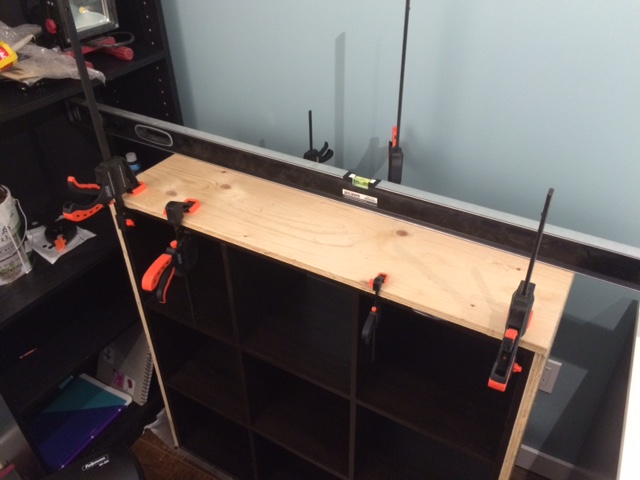 To add strength I glued strips of 5/8″ plywood to the stand using PL400 , clamped it down and let it dry over night. 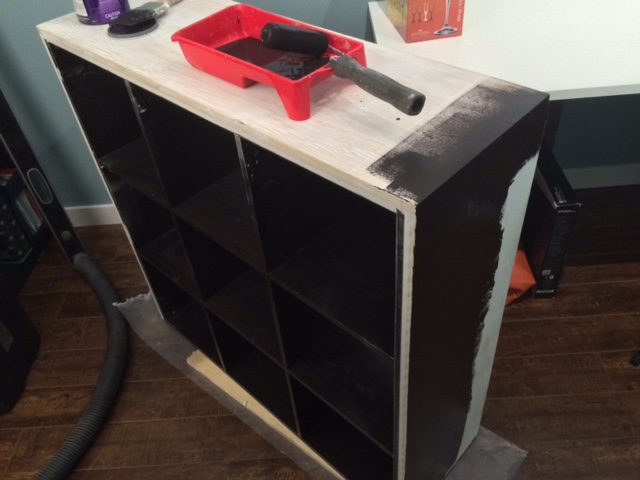 Once dry i used a bit of drywall mud to smooth it out and bled the seams from the origional stand with the plywood.
with the structural work done it was time for paint. 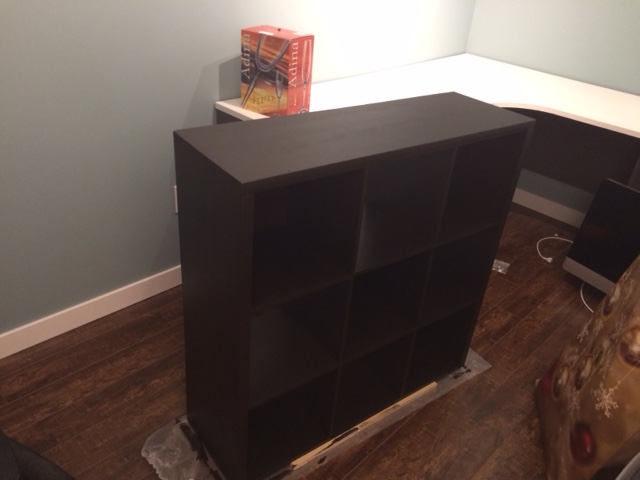 And i do say it turned out awesome!  The seams blended perfectly and gave the stand a nice chunky look… which a weight worthy stand ready it was time to fill it. 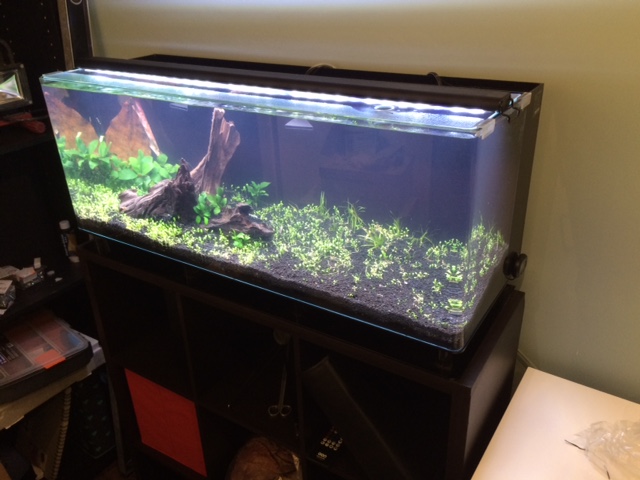 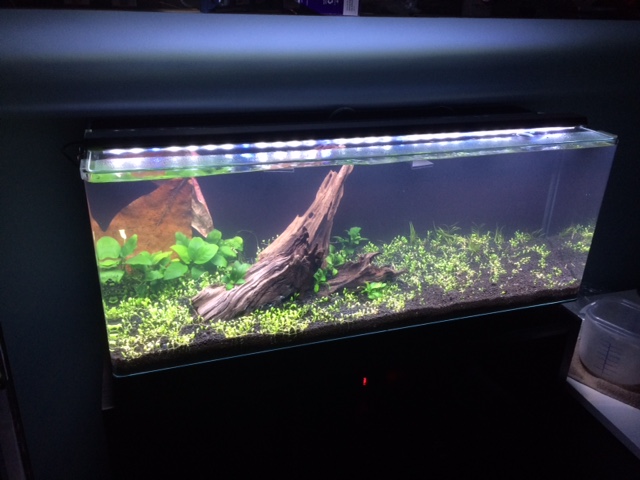 I added a giant bag of bio-rings from various other tanks and let the tank run over night, tested the water the next day and things looked good so i added my first batch of shrimp 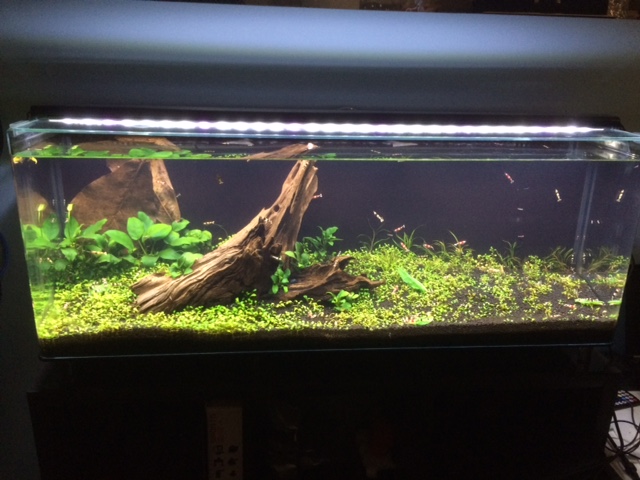 Jan 12 2015:
Well it’s been a good month plus since the last update and the glosso is slowly but surely spreading. I finally almost have a nice lush carpet! 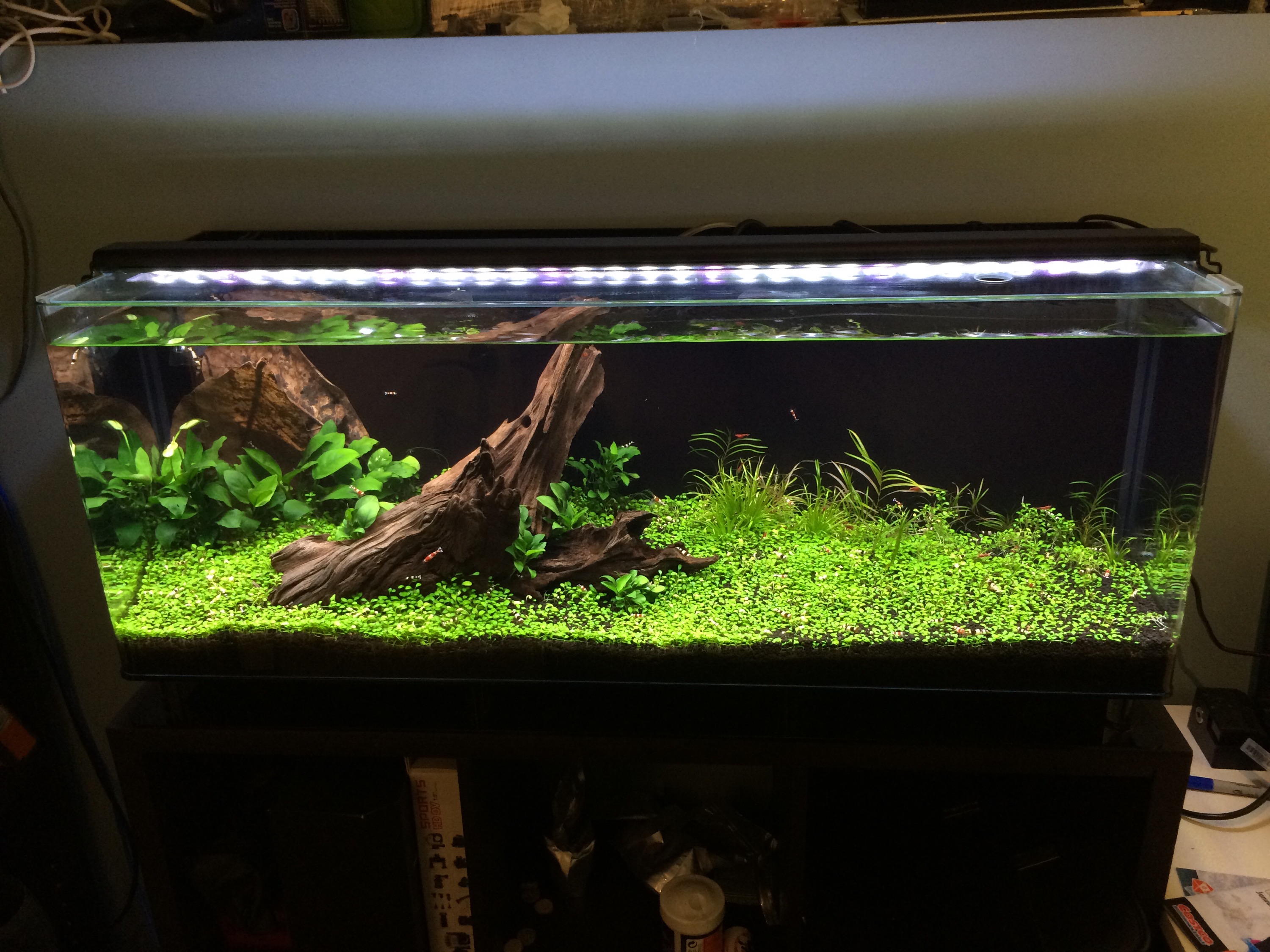 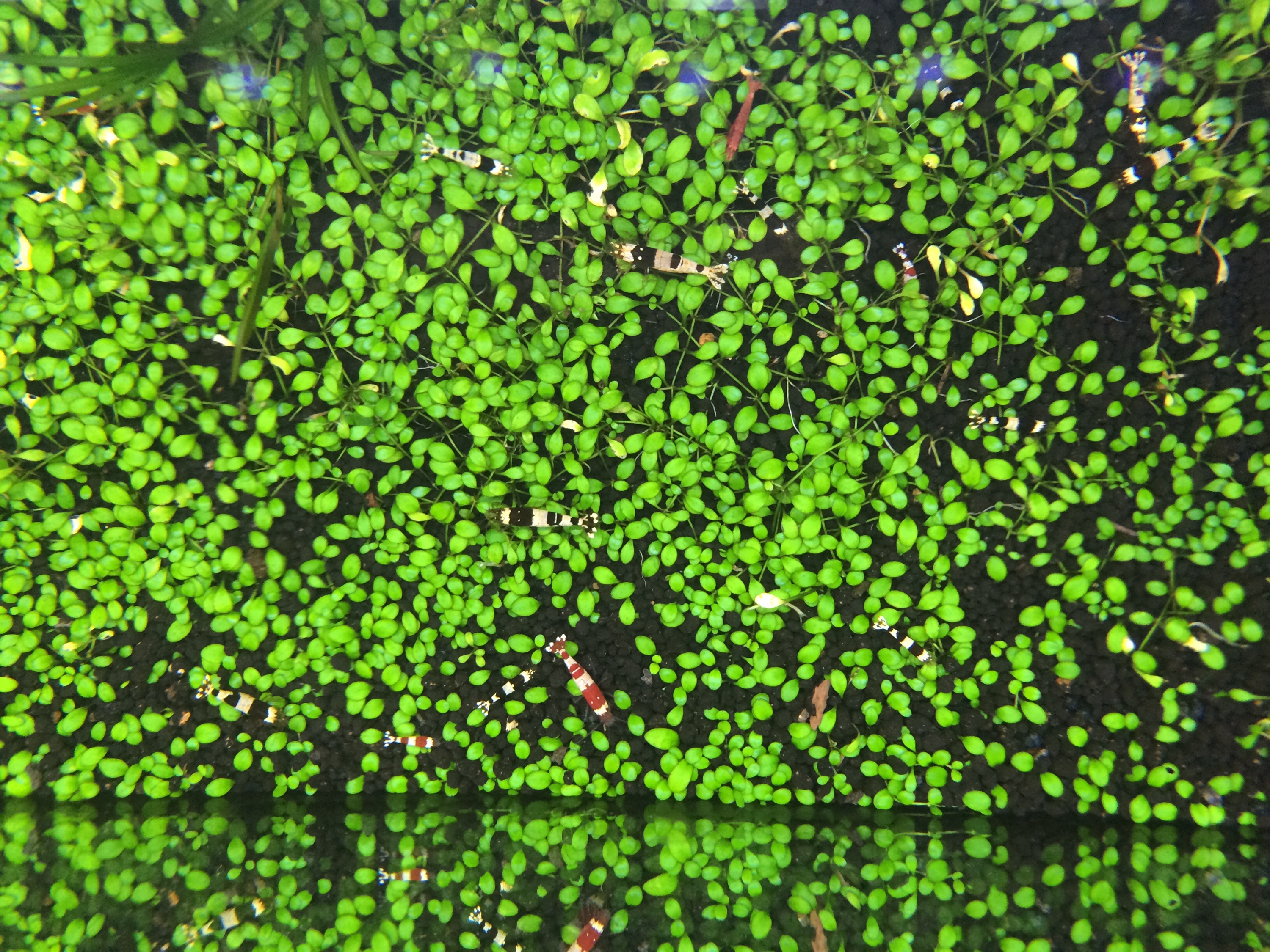 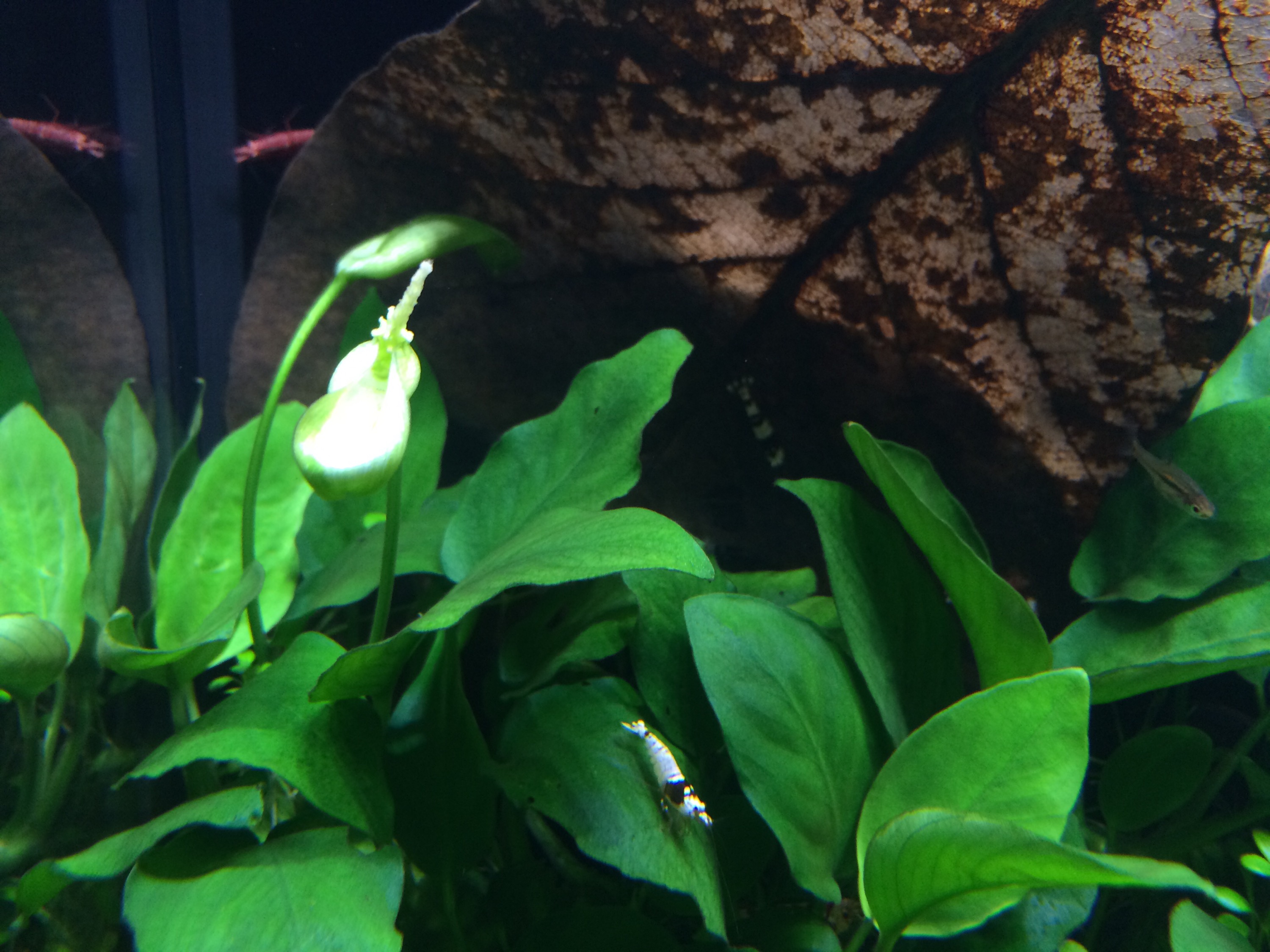 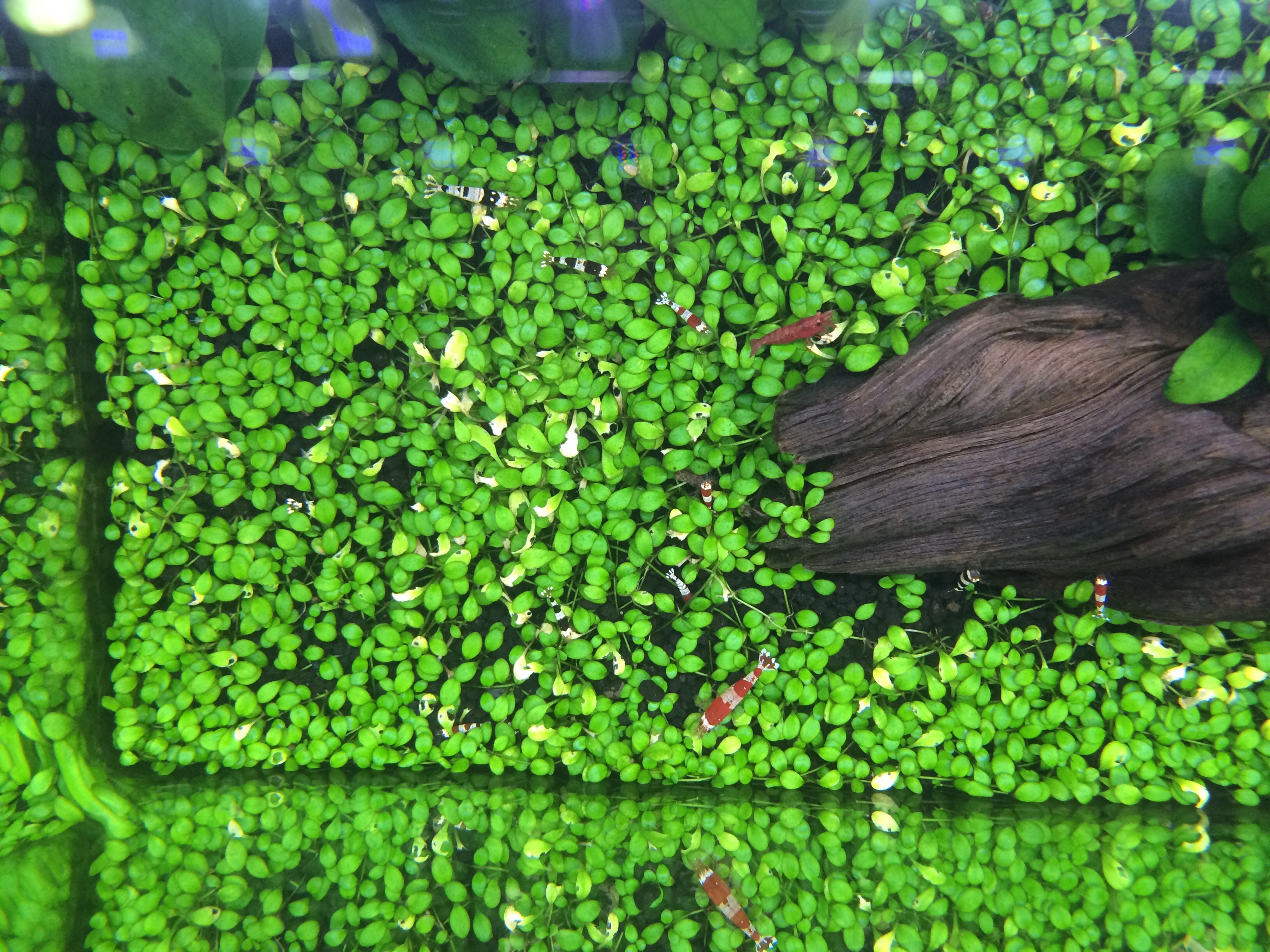 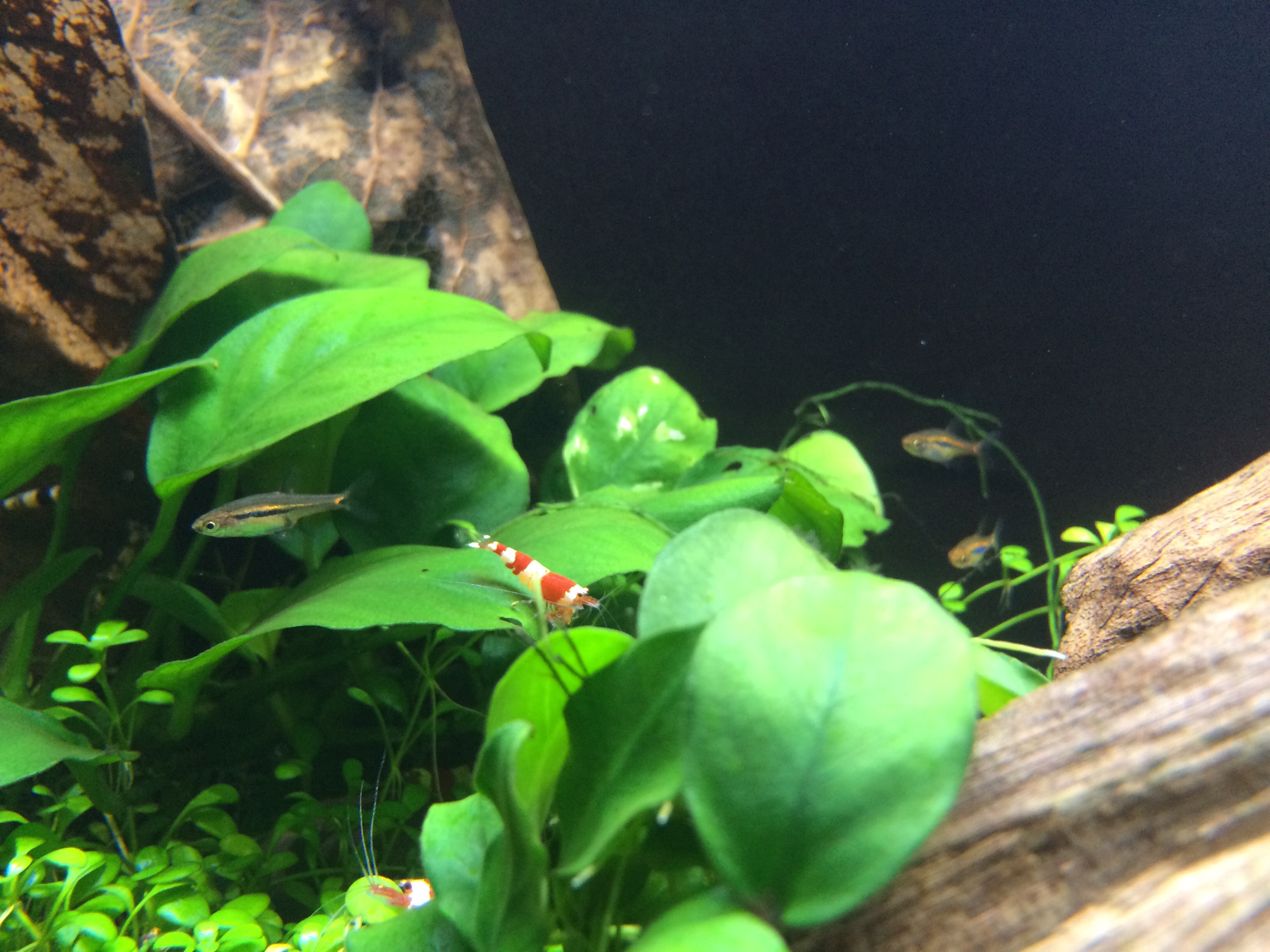 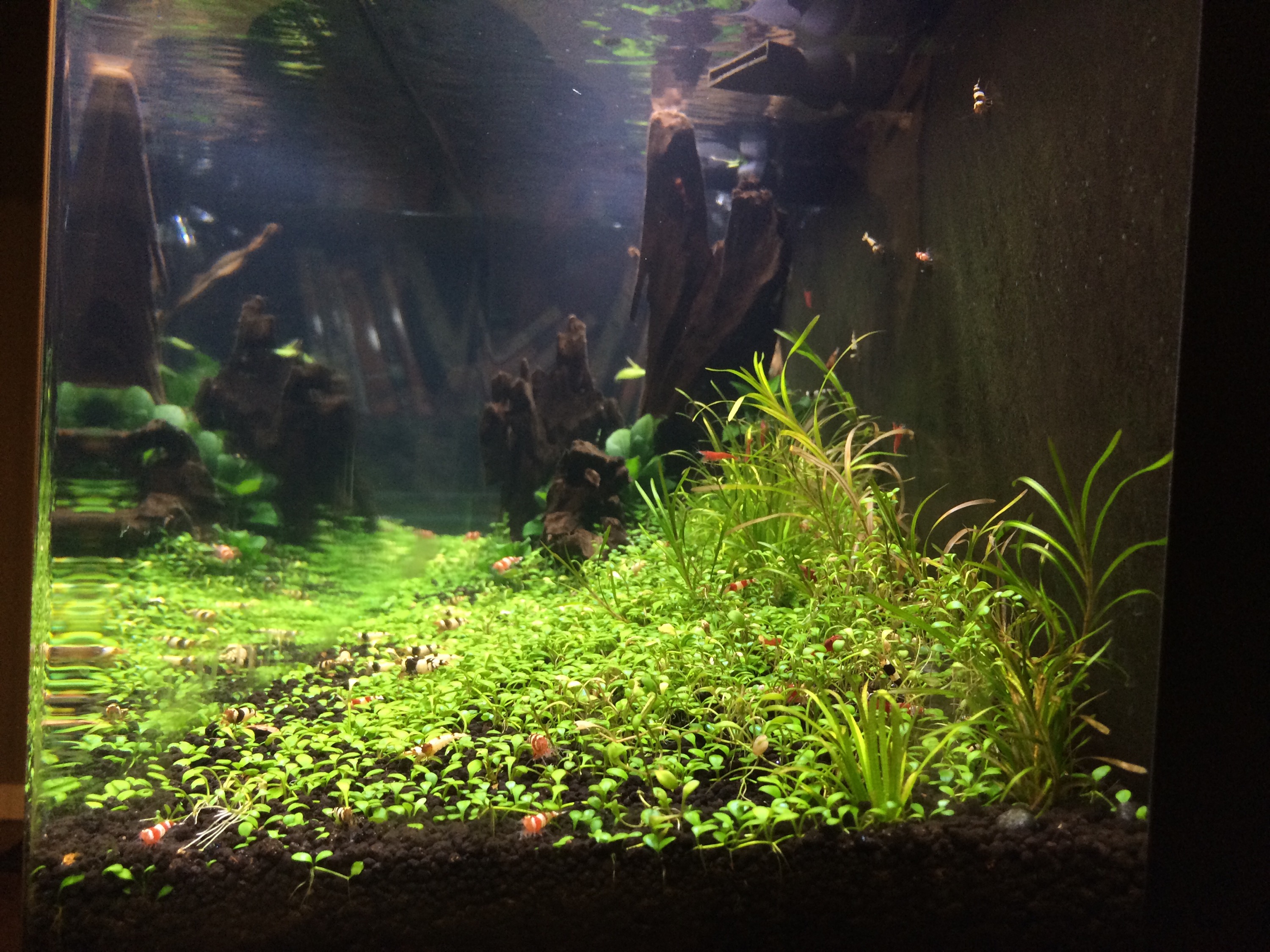 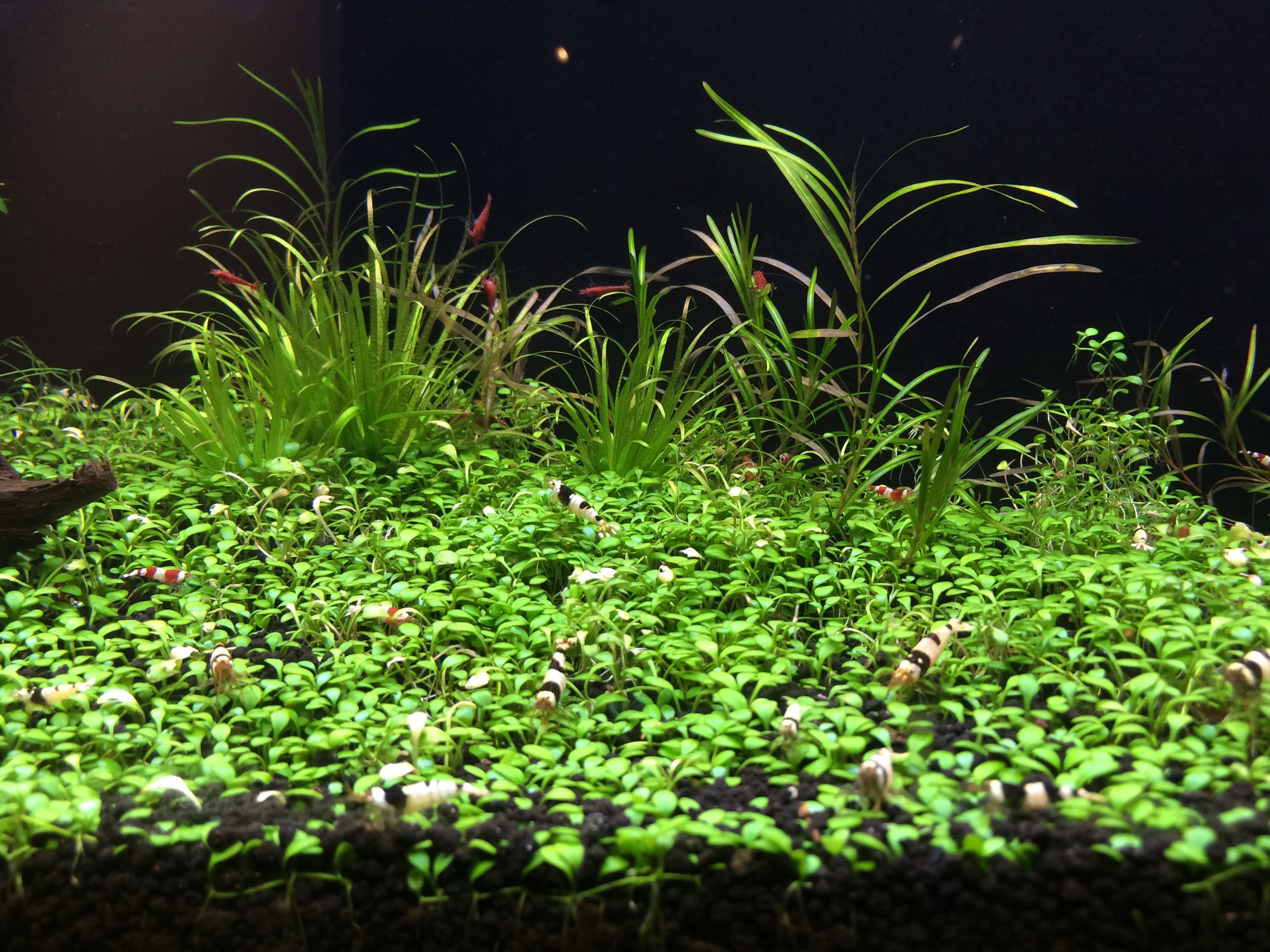