Water changes seems to be the hardest or most time consuming part of keeping an aquarium.. So why not automate it?  In a previous write up i build an automated dosing system i called the Arduino auto doser.  I plan on using the same concept to build an automated water change system with a bit of a twist.

Most water changers simply drain water out than add water back in.  Since my nano reef is a 12G Fluval edge this system would create air bubbles in the top of the tank taking away from its clean aesthetics.  In this system I plan to take out water as the same time i add it. This should keep the water at a consistent level having less impact on the tank while maintaining that elegant look.

For this project I will being using a triple head dosing pump. For now we are only going to use 2 of the heads.. however a third may be useful down the road if i ever decide to do a frag tank. and fill it with water taken from the main nano.

The pump I decided on an industrial Watson marlow pump which i picked up off ebay for about $55. I originally order some cheaper ones from over seas but worried about how precise they were.. this made me lean towards a higher end pump. 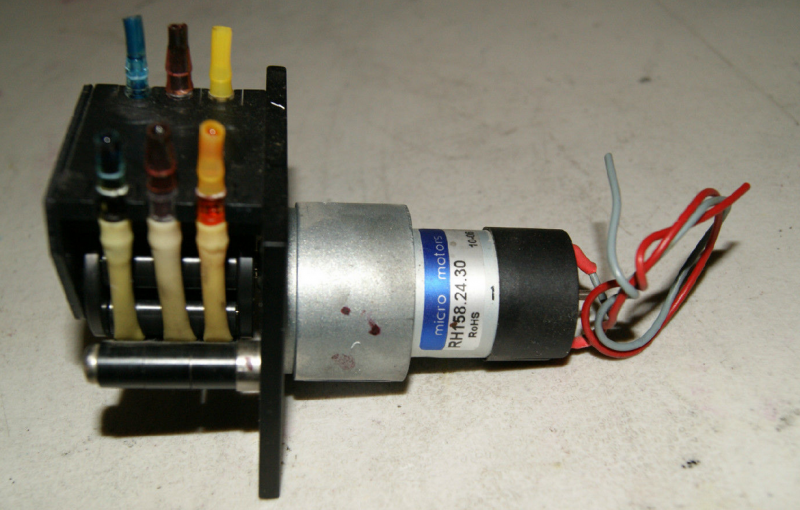 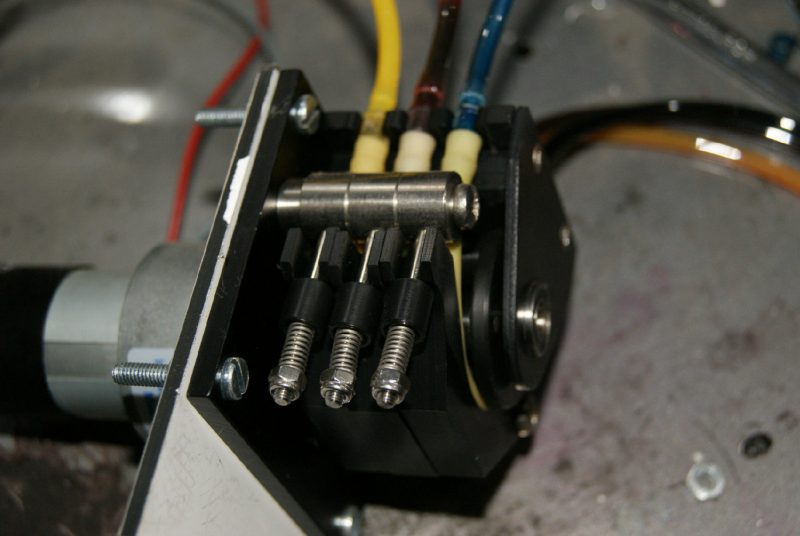 The pump head ever has an adjuster to fine tune the output.  This should allow me to calibrate each line to push an identical amount of water.
The pump was previously used for what looks like ink so all hoses will be replaced.

Once calibrated you could automate this with a simple digital wall timer.. however I tend to like safety precautions so I plan on using arduino as my timer with a sensor to kill power to the pump if the water level gets to high.

The fluval edge only has a small collar to work with so everything must be precisely calibrated. 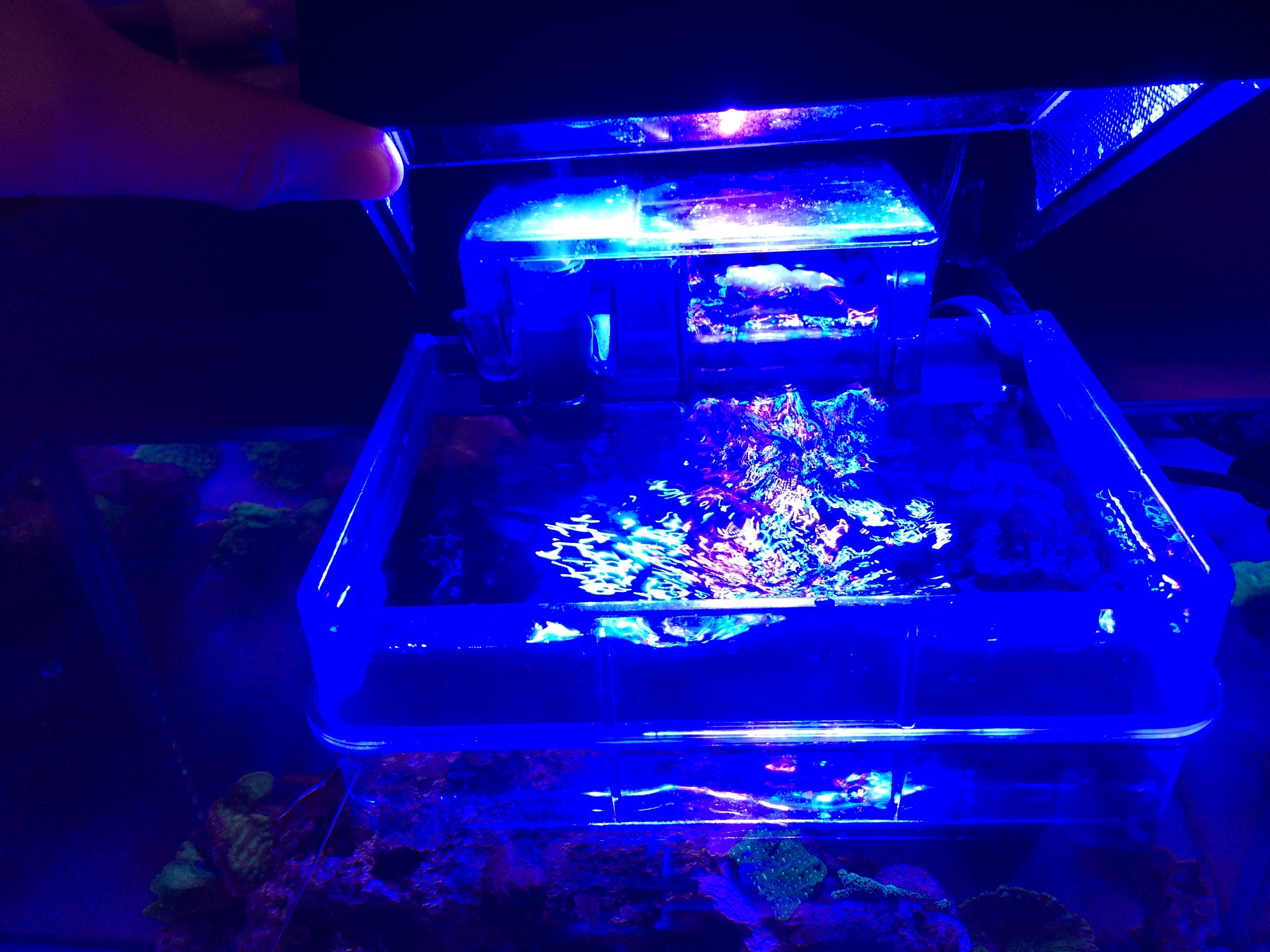 I’m still waiting for the pump to show up in the mail.. So check back often or sign up to our email list at the top of the page as this project will be updated once i receive the goods 🙂

The pump and my optical sensor finally showed up. So far so good for the initial testing.

The ensure for the pump side is complete. Not the prettiest but it eo do the job. It’s enclosed to keep it quiet and prevent and possible leak! 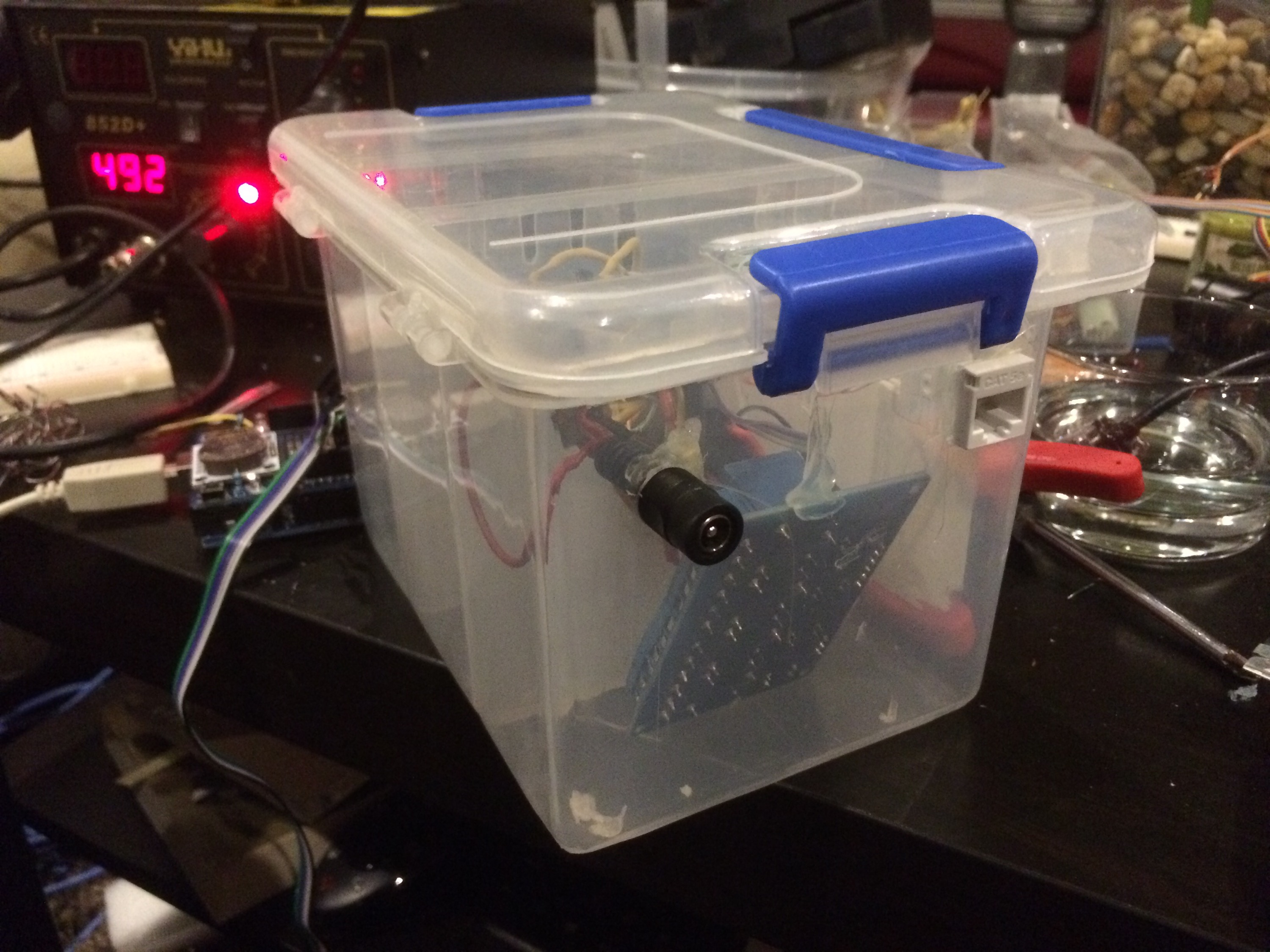 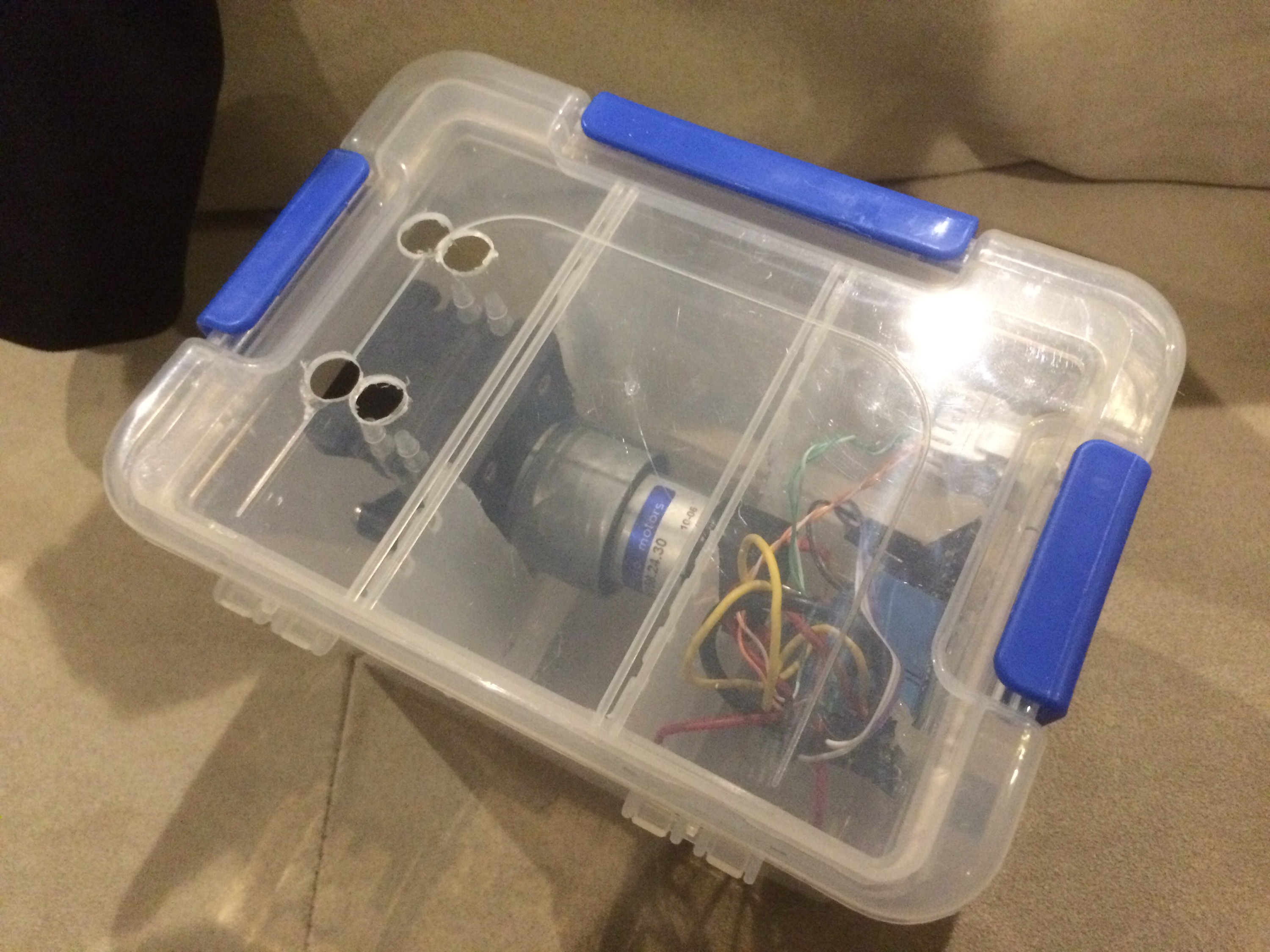 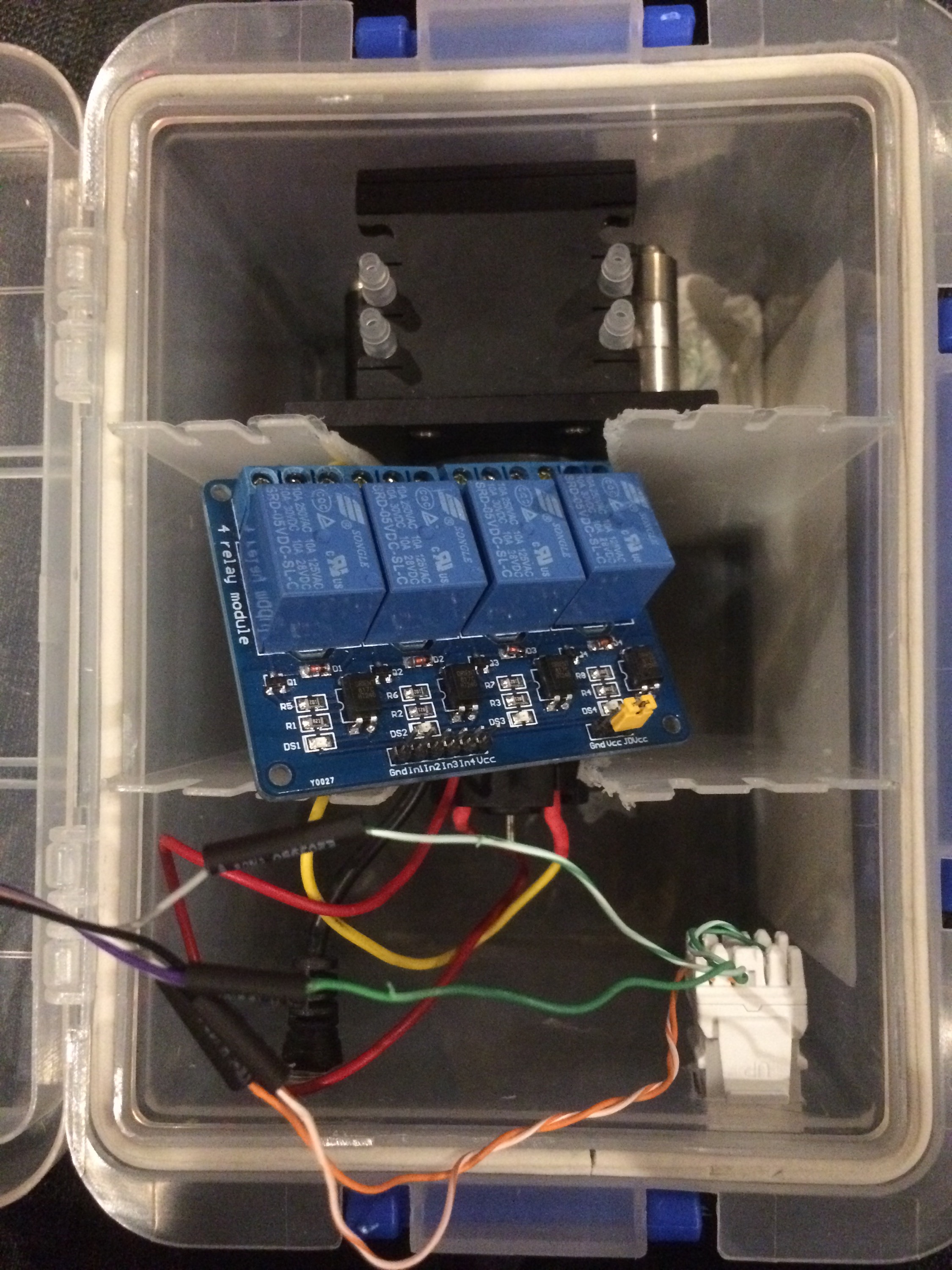 I made a water level sensor holder only to realize my aftermarket led light hits the wires!! Rats. I’ll have to make a second one and hold a sensor on each side of the aquaclear to get around this. Tomorrows project! 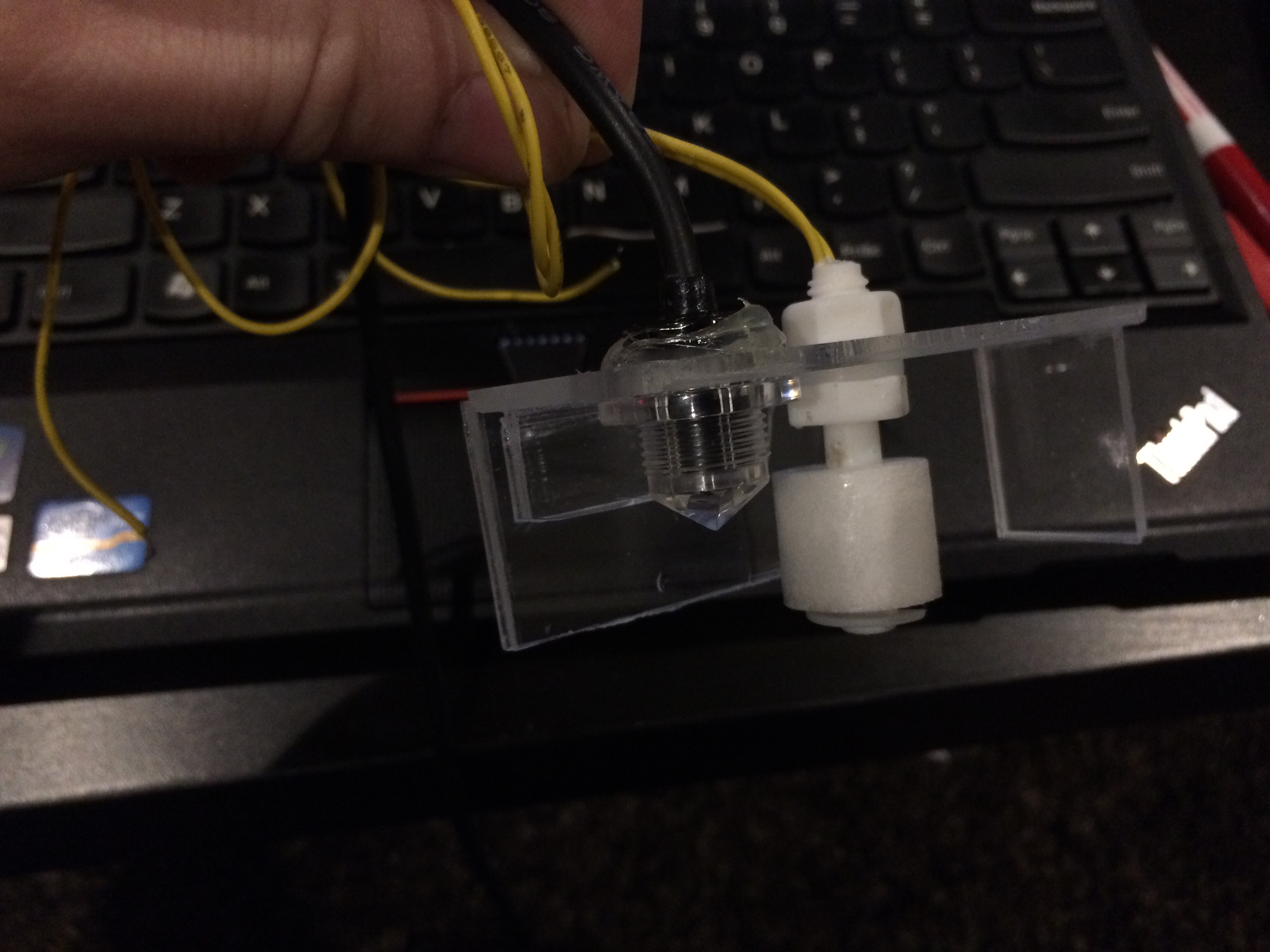 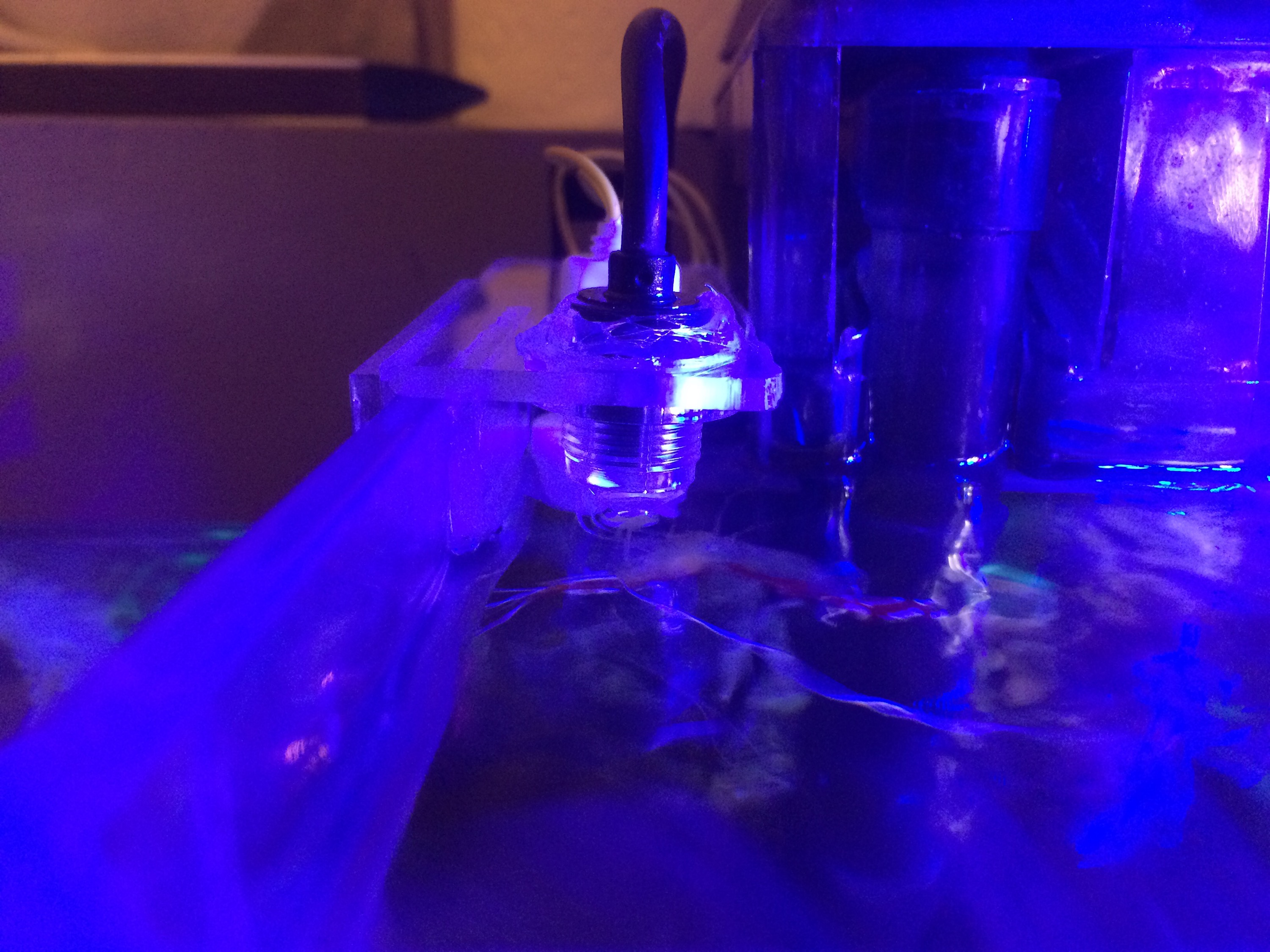 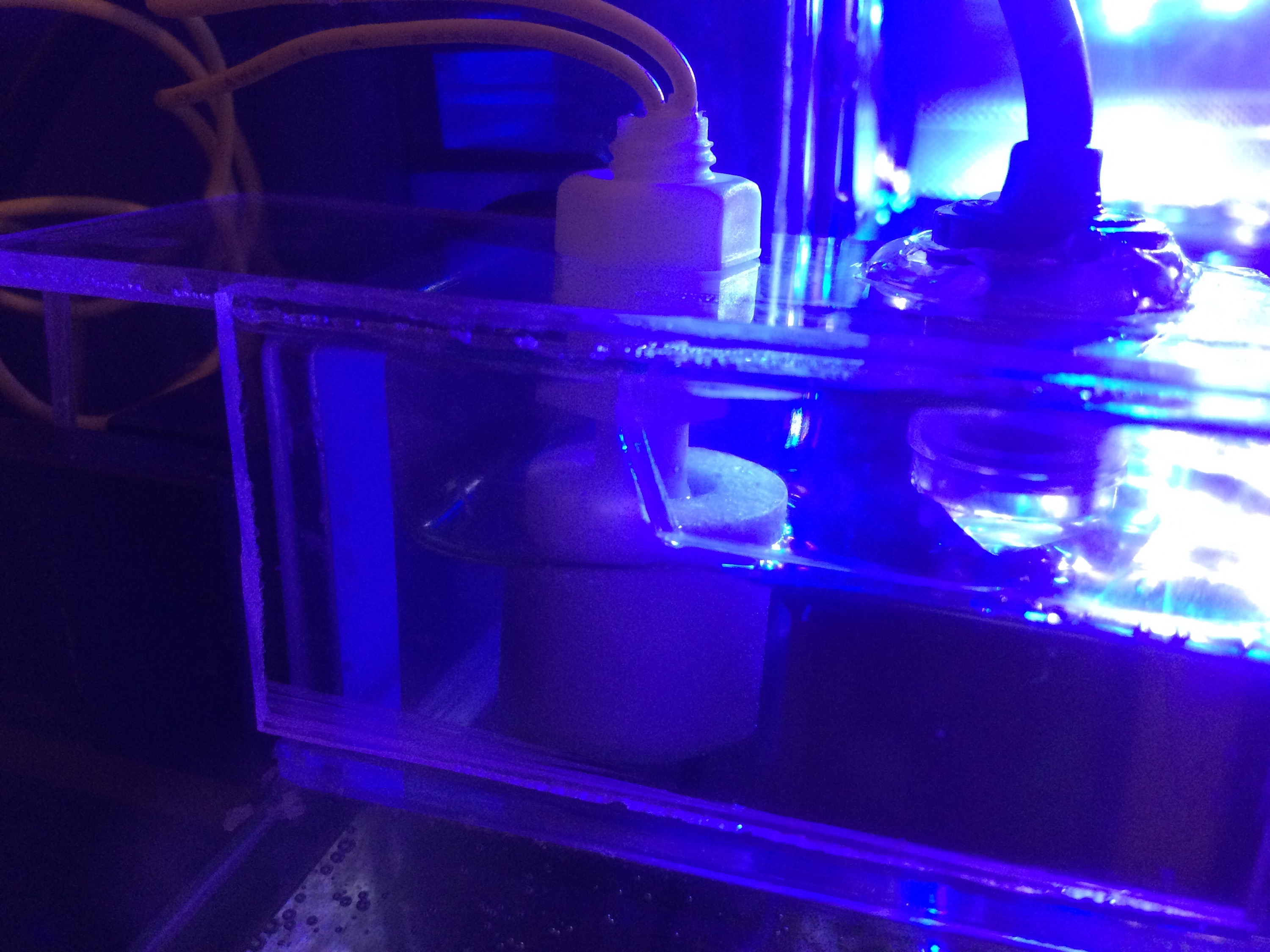 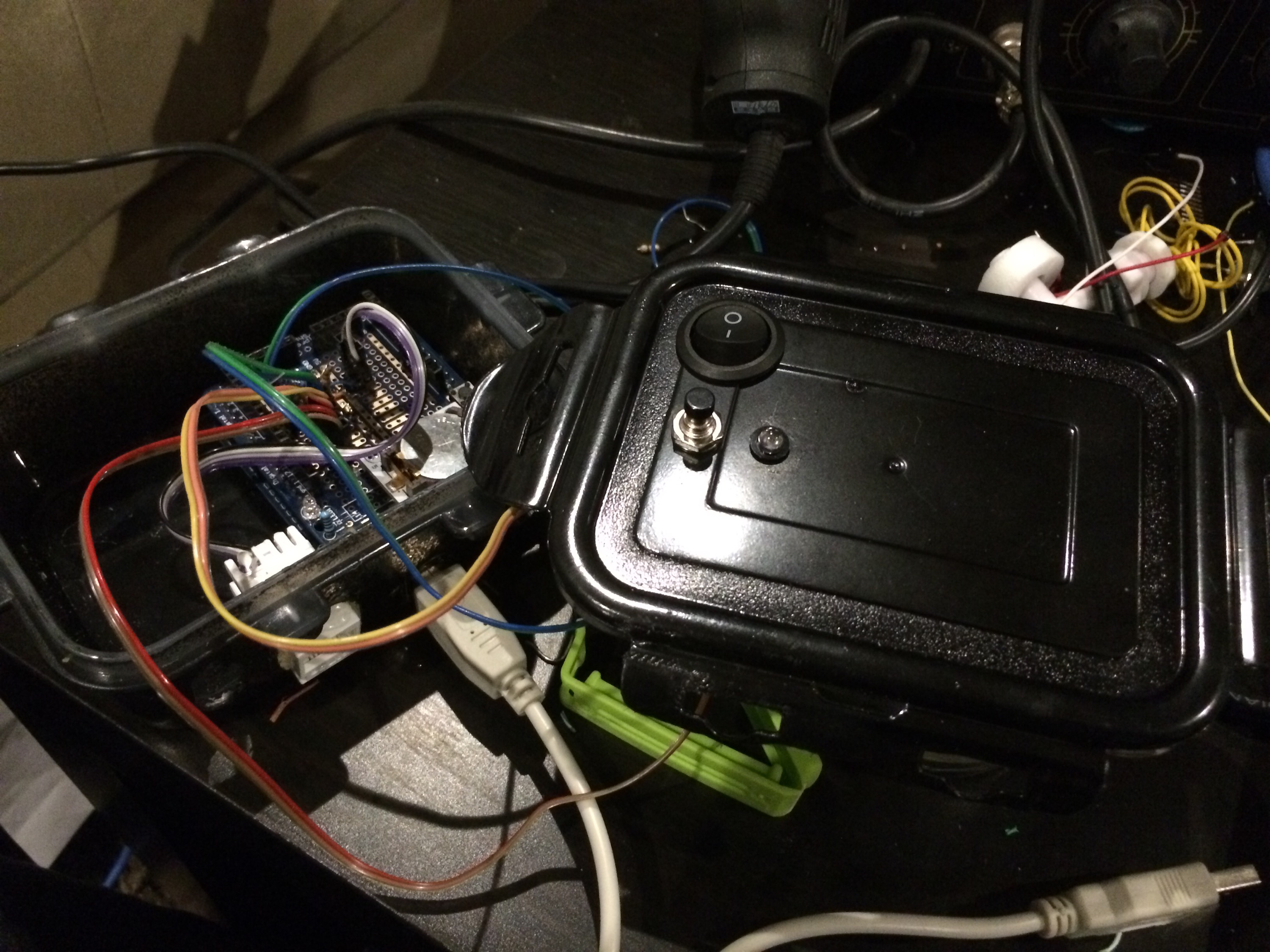 I moved this tank into a Nuvo 24 and no longer had access to a water line.  I convertered this into two projects.  The first is an auto top off (link to come) and an auto water change that works with Buckets.  Tank water is pumped into an empty bucket at the same time as water is pumped in from a bucket of fresh water.