Planaria are non-parasitic flatworm worm that can appear in your aquarium. Planaria are easiest identified  by there flat body and spade shaped heads. Many claim that they are harmless and just an eyesore however that has been claims that they may hurt or stress out baby or week adult shrimp.  The two main way s to get rid of planaria is by chemicals or diy traps.  Traps may not 100% guarantee removal unless used over an extended period they are however non invasive and remove the risk of any of your other under water creatures being hurt by chemicals.

If you choose to go down the chemical warfare route the most common option is a dog dewormer containing fenbendazole such as safeguard.
The agreed upon “safe” dosing of fenbendazole is .1 grams per 10 Gallons of aquarium.   Be sure to remove any carbon that my be in your filter as it will absorb the chemicals and defeat the purpose of dosing the tank. Within 48 hours your planaria should all be dead. Vacuum away and enjoy a pest free tank.

In my shrimp tank i just moved in some Crystal red and Crystal Black shrimp.. I didnt want to use chemicals after just moving them and decided to build a DIY Planaria Trap. You can purchase them but they can be a bit pricey for such a small device.

To build mine i used a test tub from a test kit, and some airline house.

1. Drill a 1/4 hole in the lid of the test tube
2. Push in a peice of airline tubing. Ensure the tube is floating in the center of the tube (this make its harder from the planaria to escape)
3. Fill your trap with tank water and bait it with meat, shrimp, blood worms or some other form of tasty raw food.
4. 3. Tie on some thread or thin string to retrieve your catch and submerge 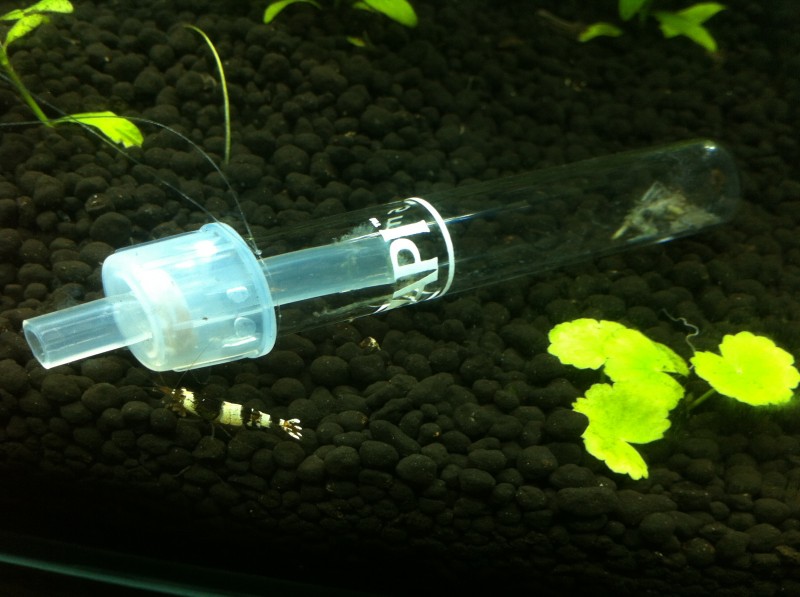 I left this trap overnight and work up to bout 5-6 planaria in the trap so it seems to be working well! 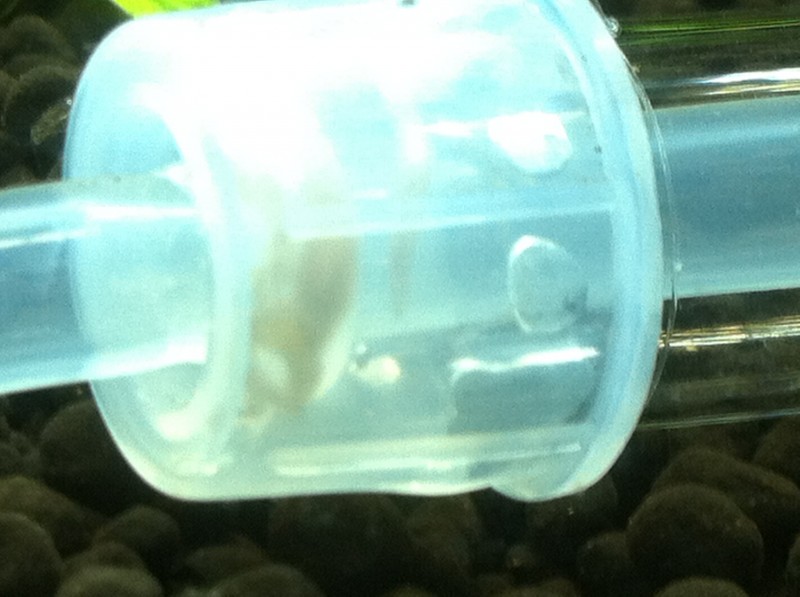